In 1927 a fund was started to raise money for the construction of a Convent in St George. This was headed by Mary Meacle and Mary Lindores and in the following years collected £1720.

In 1930 Fr. Joe Skelly was appointed Parish Priest of St George. He had the Presbytery, Convent and School constructed in 1933. This would not have been possible without the generosity of James Stanislaus Kirby, of "Cashmere West", St George. He donated the property where the school now stands, to be used exclusively for the establishment of a community of teaching nuns (Sisters of St Joseph) to benefit the children of the district. The Church (old Parish Hall) also doubled as a school as did a couple of rooms under the Convent. The school was founded by the sisters of St Joseph and officially blessed and opened on 19th February 1933, originally named St Joseph's Convent.

In 1953 a new school with high classrooms, verandas, and offices for both the Principal and Secretary were opened. In the Easter of 1958, a new Church building was begun. On 3rd May 1959 St Patrick's Church was blessed

In February 1970, Bishop Brennan blessed and opened another addition to the school block (the high classrooms). At this time, the old Church (Parish Hall) was converted into two extra classrooms.

In 1983 the school celebrated its 50th Jubilee.

Sadly the Sisters of St Joseph left St George in 1988. Our first lay Principal, Paul Burnett, was appointed in 1989.

The brick Administration block, as we know it today, which consists of the school administration area, staff facilities, 2 classrooms and an undercover area, was completed and blessed by Bishop William Morris on 14th March 1993.

A refurbishment of the Administration building and the school Canteen was undertaken in 2007, along with the construction of a new Prep building. These were blessed by Parish Priest, Fr. Jamie Collins and opened by Mr. John Borserio, Director of the Toowoomba Catholic Education Office, on 7th September 2007. 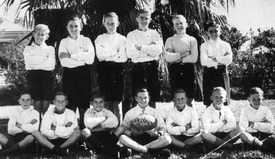 4th September 2012 saw a new Library Resource Centre and Multi-Purpose Centre constructed with funding from the Building the Education Revolution scheme. These buildings were officially opened on 4th September 2012 by the Honourable John Hogg, Senator for Queensland.

2013 saw the old Parish Hall moved from the school grounds to Parish grounds beside St Patrick's Church, to be utilised for children's Mass and Parish meetings.

These projects were funded through the efforts of the St Patrick's Parish community and the parents of students, with assistance from State and Government funding. It is nice to know that our contributions through donations at church and the school building fund are the continuation of a dream born over 92 years ago. 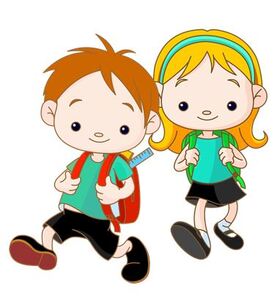